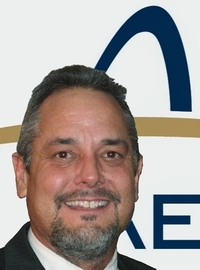 Scott West has worked in the aviation industry for nearly 25 years, while spending 20 of those dedicated to aircraft certification. After receiving his Bachelor’s Degree in Aerospace Engineering from the University of Texas at Arlington, Scott worked as a propulsion engineer for Bell Helicopter on the V-22 Osprey, and subsequently at Raytheon on the T-6A Texan 2.

Scott began his certification career in 1995 and joined the FAA Wichita Aircraft Certification Office in 1997 where he worked as a propulsion engineer, flight test engineer, and program manager. While there, Scott worked hundreds of certification projects with companies like Boeing, Cessna, Beechcraft, and Learjet. Following his tenure with the FAA, he established and led the aircraft certification group at Garmin in Olathe, KS.

In 2006, Scott received his FAA DER appointment for Management, Powerplant, and Flight Analyst, and founded Aeronautix. Since then, Aeronautix has successfully managed numerous FAA certification programs, helping customers achieve their project goals as efficiently as possible. 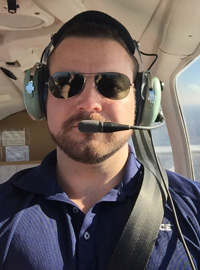 Jonathan comes from the product design sector, but has been extremely passionate about aviation his entire life. Jonathan received his Master’s in Mechanical and Aerospace Engineering degree from the University of Missouri, Columbia. Concurrently, he also earned his private pilot certificate in 2010. While studying at MU, Jonathan worked on various UAV projects that focused heavily on mission specific goals such as maximized payload and flight endurance, as well as UAV construction utilizing state of the art 3D printing technologies and materials.

After graduating MU, Jonathan went into the product design field where he further developed his knowledge in engineering design, materials, testing, and heavy manufacturing. While working in design, Jonathan obtained his Professional Engineering License through the state of Missouri. Shortly thereafter, Jonathan joined Aeronautix in 2015 as an engineer, and supports aircraft certification programs and product development while relying on the diversity of his professional background.

Anthony Hodgson is a graduate of the University of Missouri, Columbia where he majored in Mechanical Engineereing. While in school, Anthony was heavily involved with Fomula SAE, an international collegiate competition in which student teams come together to engineer, build, and race a small Formula-style race car. His involvement with Mizzou Racing gained him valuable experience in engineering design, CAD, prototyping/manufacturing, and project management, as well as hands on manufacturing experience with traditional machining, welding, composites construction, and additive manufacturing (3D Printing). Anthony's love for all things mechanical and engine driven led him to Aeronautix where he is excited to further his profesional career in aircraft certification and product development. Anthony joined Aeronautix in 2017 as an associate engineer, and assists in aircraft certification and new product development.