Aeronautix has been granted STC SA01875WI for a 6 place occupancy restriction for the Piper PA-32 and PA-34 series aircraft. The STC restricts the previously certified seven place Piper aircraft to a six seat, six occupant configuration, making the aircraft compliant with 14 CFR §61.113(i). This regulation states that an aircraft operated under BasicMed cannot be authorized to carry more than six occupants. Although many Piper PA-32 and PA-34 aircraft do not have a seventh seat installed, most of the PA-32 and PA-34 aircraft are certified as seven place aircraft disquallifying them from operation under BasicMed. In fact, many of the applicable aircraft are configured with club seating which doesn't allow for a seventh seat installation. 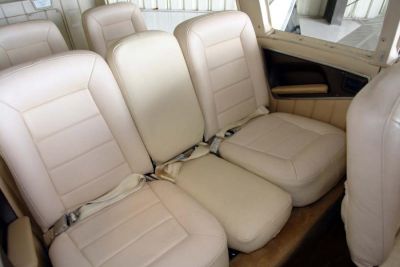 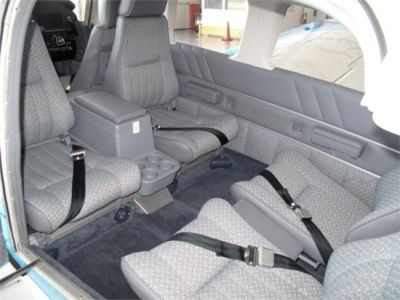 Aeronautix has learned there are many PA-32 and PA-34 operators that wish to take advantage of BasicMed but are handcuffed to the FAA third class medical because of their seven place aircraft. This has been a hot topic amongst PA-32 and PA-34 operators with many inquires to the FAA resulting in the FAA publishing guidance in Advisory Circular 68-1A which states, the design approval authorizes the number of occupants an aircraft can carry and that design approval may be altered by means of an STC to restrict an aircraft to carry six or fewer occupants. By installing the Aeronautix BasicMed 6-Place Occupancy Restriction STC your seven place aircraft becomes a six place aircraft and meets the requirements of BasicMed (14 CFR §61.113(i)). Our STC requires any installed seventh seat be removed with no additional modification to any of the applicable aircraft. Aeronautix received STC issuance on 6/01/2018 and is offering the STC now. See the STC applicability list below to see if your aircraft requires a six place restriction for BasicMed operation. Contact Aeronautix for more information or to obtain the STC for your Piper aircraft. If your aircraft is not in the applicability list below, but is certified for more than 6 occupants, contact Aeronautix to discuss adding your aircraft model to our AML.

Note: The PA-32-260 and PA-32-300 should not require an STC for BasicMed compliance as they were certificated 6 or 7 place. However, this is a gray area with some FSDOs and we added the -260 and -300 incase any operators were required to have a 6 place restriction STC. This STC is not an approval for converting the aircraft from standard (forward facing) to club seating or vice versa.